5 Predictions for Augmented Reality in Customer Service in 2020

Google Glass may have been ahead of its time, but with Apple’s rumored release of their own augmented reality (AR) glasses, it’s time to start taking the topic seriously. While Google is known to invest in cutting edge ideas and projects, Apple’s more conservative approach and impeccable design and UX makes mass adoption far more likely.

Pokémon Go brought augmented reality for digital gaming into mass consciousness but AR has slowly begun to seep into customer service thinking as well. What could we expect to see in the future? 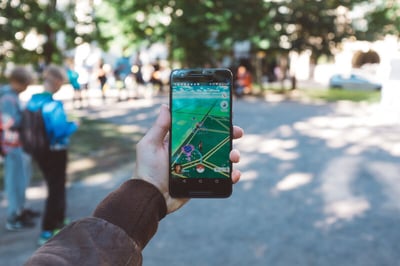 1. From Screen sharing to POV sharing

Screen sharing is now a common support tactic, particularly for IT help desks. Software like Teamviewer has taken the world by storm while other existing tech like Skype is often repurposed for the support. But what if you’re looking under the hood of your car instead of at a screen and still need help?

In the future, you may just need to tap your phone to turn on “glasses sharing” as you share your live point-of-view with a customer service agent. For non-software products this could be a huge benefit to both customer and agent alike.

Now imagine that you, like me, probably don’t recognize much of what you’re seeing under the hood. No problem. The agent, from his screen, can tap the relevant areas to show you what they mean, which are then highlighted in your AR glasses! 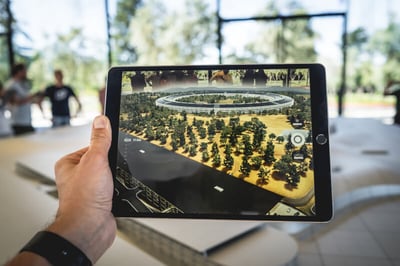 The bar code was invented in 1951 yet took twenty years to finally catch on. When they did, its revolutionized supermarket checkout, allowing for partial automation. Then came QR codes in the mid-90s for the automobile industry in Japan. From there they’ve expanded dramatically being used in advertising, to share URLs and even on national currencies in Russia and Ghana.

Just as websites all include hyperlinks as a matter of course, once large numbers of consumers are wearing AR glasses, physical objects will feature the same. This will be used both to learn about related things as well as for identification and troubleshooting.

As AR capabilities are built into both apps and physical objects, the opportunities for self-service only get better. Customers will be able to simply hold their phone or tablet over the item in question and have the parts identified in real time. This can not only help when speaking with an agent, but with solving problems yourself.

Perhaps a customer needs to replace a broken or malfunctioning part yet doesn’t know what it is called or how best to describe it. No problem. Just hold it in front of your phone, follow the link and end up on the company website with a replacement part just a few clicks away - and all without needing to even know what it’s called, the part number or whether it’s compatible.

4. From PDFs to AR User Manuals

Let’s be honest, nobody  likes reading user manuals. In fact, nobody likes reading much of anything from cookie notices, terms and conditions to long blog articles. In fact, it can often be faster to call support than wade through a painfully long PDF.

If a picture is worth a thousand words, then traditional manuals can be replaced with on-demand AR popups that explain how to use or fix nearly anything.

This call will be recorded for quality assurance. How many times have we all heard that?

As more inquiries are solved via AR, the cases themselves will be recorded, not as audio but video. This gold mine of data will give agents a true first-person perspective of customer issues which will be incorporated into training materials.

The Future of Augmented Reality in Customer Service

We can only begin to predict and imagine the creative use cases for augmented reality in customer service.

Send us your predictions and scenarios and we’ll add them here!

There are no comments yet.

chris.rall@unymira.com
More about this author

Subscribe to our RSS feed and stay updated, quickly and easily!